In the fall semester of 2020, seven senior students at the University of Central Oklahoma gathered to create the original implementation of the protocol known now as V2C.

When the class ended, all of the original members went on to continue contributing at the Edmond ACM Chapter because they felt that V2C had the potential to become an important protocol standard in the future.

V2C resulted from a combination of ideas proposed by Caleb, Everistus, and Nicholas. The ultimate idea was to create a new protocol that would allow individuals to use their voices to control their computers over various networks, no matter where they were physically located at any given point in time. The vision: imagine that you walk into a computer lab-- you expect that the computers you use already have standardized devices and functionalities. For example, you'd be very confused if your computer didn't have a mouse, or an internet connection. Imagine walking into a computer lab and having the ability to use your voice on any computer, using grammars that you've already customized in place-- even before you've ever physically used the computer in question. This goal reflects the vision of the V2C Development Team. 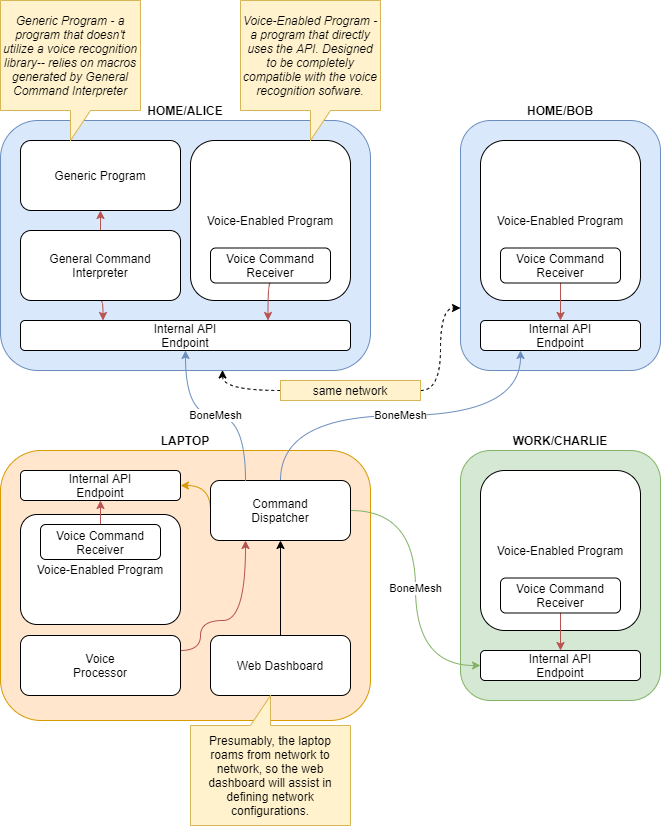 To achieve this widespread functionality, the platform was designed to be incredibly modular-- see the diagram above. Modularity, enforced with API-driven development, was also incredibly important to make it easier for other third-party developers to add their own modules to the project. While the protocol is being developed by the Edmond ACM Chapter now, you can still view and fork the old code by visiting GitHub.